Pagina 184
They do , indeed , resemble boys , but they are boys who have lost their youth and retained their featurespreserved boys , dried - up boys , so to speak , whom time has wrinkled , and perhaps sweetened , but never matured .
Pagina 185
A boy has yenerally some weapon of offence in his hands , and he does not always know his friends from his foes . ... But , as we are insisting , some men never mature , There are " old boys ” who think themselves the first discoverers ...
Pagina 655
mounobserved except when brought to given a great fillip to the movement , light by gallant dashes or sudden disand large numbers of boys , fired by asters . But where should we be withthe example of their fellows , have out it ? shown ... 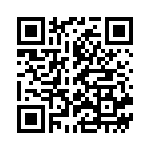