This massive meditation on the Conquest and its effect on imaginations, moralities and all related matters pertaining to worlds both New and Old hit me like a cinder block. I recall going to Day's ... Volledige review lezen

This is an extended dream, more or less working on a biography of Charles V of Spain and the Holy Roman Emperor. We meet his master huntsman, and enabler, Guzman, and Tiberius, the roman emperor ... Volledige review lezen

Carlos Fuentes (1928-2012) was one of the most influential and celebrated voices in Latin American literature. He was the author of 24 novels, including Aura", "The Death of Artemio Cruz", "The Old Gringo" and "Terra Nostra", and also wrote numerous plays, short stories, and essays. He received the 1987 Cervantes Prize, the Spanish-speaking world's highest literary honor.Fuentes was born in Panama City, the son of Mexican parents, and moved to Mexico as a teenager. He served as an ambassador to England and France, and taught at universities including Harvard, Princeton, Brown and Columbia. He died in Mexico City in 2012. Margaret Sayers Peden is a distinguished critic and translator of Latin American literature. The Franco-Czech novelist Milan Kundera was born in Brno and has lived in France, his second homeland, since 1975. He is the author of the novels The Joke, Farewell Waltz, Life Is Elsewhere, The Book of Laughter and Forgetting, The Unbearable Lightness of Being, and Immortality, and the short-story collection Laughable Loves all originally written in Czech. His most recent novels Slowness, Identity, and Ignorance, as well as his nonfiction works The Art of the Novel, Testaments Betrayed, The Curtain, and Encounter, were originally written in French. 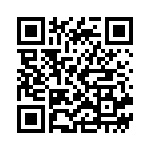