A good intro to various religions/beliefs

This book is a good intro/review of beliefs other than Christianity (although there is some information about that as well). The book falls a little short in its over simplification of some of the ... Volledige review lezen

I purchased the whole set, but am reading through this set first and am enjoying it very much. It is going to take a while, but there is so much God Honoring truth in here it is like finding a fresh well to drink from. These men of God were so on point. I am so pleased with this investment. Volledige review lezen 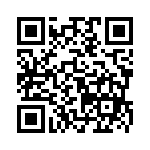