Jean-Marc Dreyfus is an historian and Reader at the University of Manchester, UK. He is a specialist on the economic Aryanization during the Holocaust. His other topics of interest include the consequences of the Holocaust in European politics and diplomacy, the history of Alsace since 1870, and the history of the Jews in France. He is the co-editor of the Dictionnaire de la Shoah (Larousse 2009) and the editor of an Auschwitz memoir by Yvonne Redgis-Klug, Survivre. Souvenirs d’une rescapťe d’Auschwitz (1945), (Larousse 2010). 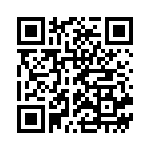