Pagina 107
Young Captain Stokes of a valley in Wales of all its trees , the Indian Army , who
had come or re - erect a Cotswold village in home on four months ' leave to
Hollywood . He liked to feel be married and was so hard - up that he gave his ...
Pagina 169
The sea became like a kettle Malcolm and I dived below as full of boiling water ,
large , light there was , vanished , to of it flopped aboard , willy - nilly , leave a
stark blackness which , clean over the cockpit coamings , in turn , was shattered
by a ...
Pagina 357
Leaving Kisenyi we did not seem to work too well , turned up to the left into the
but Kabango was still driving hills , and it was obvious we with every confidence ,
and there were going to skirt round to the was no reason for alarm . south of ... 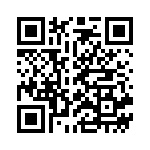