This rather unfocused history is based on the intriguing premise of the firefighting service of conscientious objectors during World War II. Instead of joining the armed services, many war objectors ... Volledige review lezen

Pagina ix - ... conscience has a moral and social value which makes it worthy of preservation at the hands of the state. So deep in its significance and vital, indeed, is it to the integrity of man's moral and spiritual nature that nothing short of the self-preservation of the state should warrant its violation; and it may well be questioned whether the state which preserves its life by a settled policy of violation of the conscience of the individual will not in fact ultimately lose it by the process.
Komt voor in 35 boeken vanaf 1945-2008

A former wildland firefighter and freelance journalist, Mark Matthews is the author of Smoke Jumping on the Western Fire Line: Conscientious Objectors during World War II and A Great Day to Fight Fire: Mann Gulch, 1949. 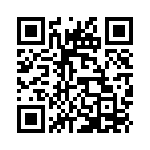