Doctor of Psychology (Extraordinary Doctorate Prize) and Diploma of Educational Science from the School of Psychology, both belonging to the Universidad Complutense, Madrid. Chair Professor of the same University. Has been President of a National Congress (1998), and guest organizer of 15 Symposia in National and International Congresses, has presided at two Complutense International Seminars (2001 and 2005), is president of the Days on Women and Health which have been held annually since 1999, director of the Official UCM Master ́s Programme with its corresponding Doctorate since it was created in 2006, and the course on Women and Health in the Complutense Summer School since its creation (2002).

She is the Director of the Research Group “EPSY” (Personality Styles, Gender and Health) since its creation in 2004. She is coordinator of the HYGEIA (Research network for Health and Gender International Alliance). Directs along with Dra Saínz, the Permanent Education Seminar for Health with a Gender Perspective (Hospital Clínico San Carlos, Madrid).

Doctor in Psychology by University of Murcia (UMU), Master ́s degree in “Disability and Health” (UMU) and in “Infertility: Psychosocial, Medical and Legal aspects” (University of Valencia),Technical Specialist Psychodiagnosis by Rorschach Workshop Exner (USA). Professor of psychology at the University of Murcia, and Director of the Research Group "Personality and Health: A Intercultural and Gender Perspective" of the University of Murcia. She is also member of the Interdisciplinary Seminar in Gender Studies (SIEG) of University Miguel Hernández de Elche (Alicante), and contributor member of the Research Group of Psychological Styles, Gender and Health (EPSY) of the Complutense University of Madrid. She has participated as researcher in several projects funded by national and international research organisms, the last two: “Creativity and Innovation Factors in optimizing the employment and administrative management”, Spanish Agency for International Cooperation, Ministry of Foreign Affairs and Cooperation (2008-2010); and “Formal and family caregivers and health”, Women's Institute, Ministry of Equality (2010-2011). She has numerous presentations at National and International Conferences, and she has more than thirty nationals and fifteen internationals publications. 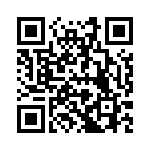