Pagina 35
While he was in England on the long negotiations of 1621-22 , he composed a poem called " T Costelick Mal , ' or ' The Costly Folly , ' directed against the court's excesses in costume and decoration , a theme he developed later in a ...
Pagina 104
He called his alchemist ' a spacious sieve , ' a ' mill - horse that , quite blind , goes to his death eating bran instead of oats , ' a sorcerer in the wild , An officer , he thinks , of the minting - master's guild .
Pagina 123
For through the sharp sight of the aforesaid glasses , we creep through all the narrowest things , proving that that which man has till now called large or small is in reality , by itself , neither large nor small . 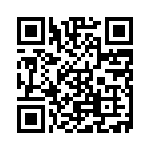