Another excellent, thought provoking travel narrative from H.V. Morton. The only reason I didn't give it a higher rating is Rome, as magnificent as it is, gets a little weary after 400+ pages. Volledige review lezen

The author also wrote of travels in Europe, South Africa, and through the "Lands of the Bible" in the steps of Jesus, the Master, and St. Paul. His non-travel book is "Women of the Bible". Not sure if ... Volledige review lezen

Henry Vollam Morton was born in 1892 near Manchester, England. He became an international celebrity by scooping the world's press in the sensational discovery of Tutankhamen's tomb in the early 1920s. His newfound fame subsequently led to a series of extraordinarily popular vignettes on English city and country life, which went on to sell millions of copies worldwide. He died in South Africa in 1979 at the age of eighty-six. 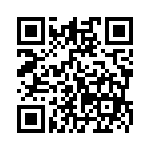