Pagina 95 - Butter and honey shall he eat, That he may know to refuse the evil, and choose the good. For before the child shall know to refuse the evil, and choose the good, The land that thou abhorrest shall be forsaken of both her kings.
Komt voor in 862 boeken vanaf 1611-2008
Pagina 223 - And the soldiers likewise demanded of him, saying. And what shall we do? And he said unto them. Do violence to no man, neither accuse any falsely; and be content with your wages.
Komt voor in 964 boeken vanaf 1755-2008
Meer
Pagina 216 - Why do the heathen rage, and the people imagine a vain thing? The kings of the earth set themselves, and the rulers take counsel together, against the Lord, and against his Anointed, saying, Let us break their bands asunder, and cast away their cords from us.
Komt voor in 1487 boeken vanaf 1710-2008
Pagina 86 - I told them they were mistaken ; that the building up of the kingdom of heaven was not to be done by might nor by power, but by the Spirit of the Lord...
Komt voor in 330 boeken vanaf 1757-2007
Pagina 217 - And I, if I be lifted up from the earth, will draw all men unto me. 33 This he said, signifying what death he should die. 34 The people answered him, We have heard out of the law that Christ abideth for ever: and how sayest thou, The Son of man must be lifted up? who is this Son of man?
Komt voor in 721 boeken vanaf 1755-2008
Pagina 218 - I will tell of the decree of the Lord: He said to me, 'You are my son, today I have begotten you, ask of me, and I will make the nations your heritage, and the ends of the earth your possession. You shall break them with a rod of iron, and dash them in pieces like a potter's vessel.
Komt voor in 336 boeken vanaf 1799-2008
Pagina 237 - And all they in the synagogue, when they heard these things, were filled with wrath, and rose up, and thrust Him out of the city, and led Him unto the brow of the hill whereon their city was built, that they might cast Him down headlong.
Komt voor in 861 boeken vanaf 1755-2008
Pagina 179 - If thou wilt not observe to do all the words of this law that are written in this book, that thou mayest fear this glorious and fearful name, THE LORD THY GOD...
Komt voor in 541 boeken vanaf 1665-2008
Pagina 223 - He said unto them, Have ye received the Holy Ghost since ye believed? And they said unto him, We have not so much as heard whether there be any Holy Ghost.
Komt voor in 510 boeken vanaf 1755-2008
Minder

William Dennes Mahan was a Cumberland Presbyterian minister during the second half of the 19th century. Mahan published "The Report of Pilate," a supposed transcript of the trial of Jesus Christ. Although the book was full of inaccuracies, it was still reprinted as recently as 1997 under a version named "Acts of Pilate." Mahan was found guilty of falsehood and plagiarism after he wrote "Eli's Story of the Magi," which contained entire plagiarized pages of the famous novel, "Ben-Hur. 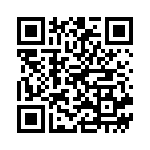