Amy-Jill Levine is University Professor of New Testament and Jewish Studies and Mary Jane Werthan Professor of Jewish Studies at Vanderbilt and Affiliated Professor, Centre for the Study of Jewish-Christian Relations, Cambridge. Her numerous publications include the prize-winning volumes The Misunderstood Jew: The Church and the Scandal of the Jewish Jesus (2006), Short Stories by Jesus: The Enigmatic Parables of a Controversial Rabbi (2014), the edited 13-volume Feminist Companions to the New Testament and Early Christian Writings (2001), and the co-edited The Jewish Annotated New Testament (2011).

Ben Witherington, III is Amos Professor of New Testament for Doctoral Studies at Asbury Theological Seminary, Kentucky and on the doctoral faculty at University of St Andrews, Scotland. Considered to be one of the leading evangelical scholars in the world, he is an elected member of the prestigious SNTS, a society dedicated to New Testament studies. Witherington has written over fifty books, including The Jesus Quest (1997) and The Paul Quest (2001), both of which were selected as top biblical studies works by Christianity Today. He also writes for many church and scholarly publications, and is a frequent contributor to the Patheos website. 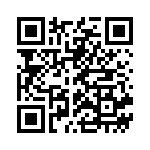