Hans Kelsen (1881-1973) was a jurist and legal philosopher. He has been regarded as one of the most important legal scholars of the 20th century.

Nadia Urbinati is a political theorist who specializes in modern and contemporary political thought and the democratic and anti-democratic traditions. She co-chaired the Columbia University Faculty Seminar on Political and Social Thought and founded and chaired the Workshop on Politics, Religion and Human Rights.

Carlo Invernizzi Accetti is political theorist, author, and expert in the study of international democracy, and democratic history. 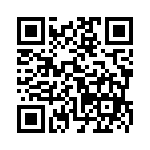