Pagina 34
+ AGAIN , every person preaching , or publickly teaching , treating , or defending ,
any thing contrary to the established religion , or against any state , authority ,
dignity , or degree , ecclefiaftical or civil , of the kingdoms of England or Ireland ...
Pagina 73
... the younger part of the club should retire to their respective colleges : a
direction , which a proctor would have given in any company at an earlier time of
the night , though there had not been any new regulations established on that
head . 2.
Pagina 44
He may . - For every Action that violates or breaks in upon the good Order of
Society , as established by Laws , subjects the Party committing it to the Censure
of those Laws one Way or other : For Laws are idle , if they not punish or prevent
an ... 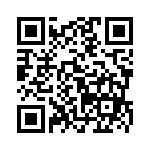