Fitzpatrick's book presents a readable, believable and meaty portrait of Harry Boland. His family history and his near inheritance of his father’s former position in both the GAA and the IRB are ... Volledige review lezen

Pagina 411 - ... if they accepted the treaty, and if the Volunteers of the future tried to complete the work the Volunteers of the last four years had been attempting, they would have to complete it, not over the bodies of foreign soldiers, but over the dead bodies of their own countrymen. They would have to wade through Irish blood, through the blood of the soldiers of the Irish government and through, perhaps, the blood of some of the members of the government in order to get Irish freedom.
Komt voor in 46 boeken vanaf 1921-2006
Pagina 411 - By making use of any and every means available to render impotent the power of England to hold Ireland in subjection by military force or otherwise.
Komt voor in 67 boeken vanaf 1918-2005

David Fitzpatrick is Associate Professor of Modern History at Trinity College, Dublin. His books include "Oceans of Consolation: Personal Accounts of Migration to Australia" and "Politics and Irish Life, 1913-1921: Provincial Experience of War and Revolution". He is also the series editor for Irish Narratives, all published by Cork University Press. 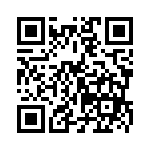