Marshall Grossman is Professor of English at the University of Maryland and is author of 'Authors to Themselves': Milton and the Revelation of History. 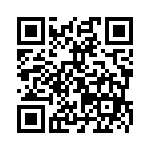