Dave Jardine was raised in Urbandale, Iowa. After graduation from high school he enlisted in the U. S. Army & became a paratrooper. He served in North Carolina & France, then returned to attend Drake University, graduating in 1962. He then joined the U. S. Navy, serving as chief engineer on several ships & captain of another, mostly in the Far East. He retired in 1980 & moved with his wife, Linda, to California's Napa Valley. 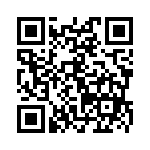