Barbara Hodgdon is Ellis and Nelle Levitt Professor of English at Duke University and author of The End Crowns All: Closure and Contradiction in Shakespeare's History. 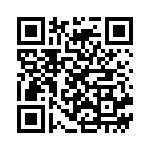