Page 12 - Here, however, we must ask the reader to bear in mind that the manuals of moral theology are technical works intended to help the confessor and the parish priest in the discharge of their duties. They are as technical as the text-books of the lawyer and the doctor. They are not intended for edification, nor do they hold up a high ideal of Christian perfection for the imitation of the faithful. They deal with what is of obligation under pain of sin; they are books of moral pathology.
Cité dans 16 livres de 1924 ŕ 2007

Eric Marcelo O. Genilo, SJ, is assistant professor of moral theology in the Loyola School of Theology at Ateneo de Manila University in the Philippines. 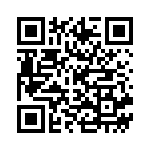