Gerald Peary is a film critic and columnist for the Boston Phoenix, a professor of journalism and communications at Suffolk University, and a lecturer at Boston University. He is also Acting Curator of the Harvard University Film Archive. 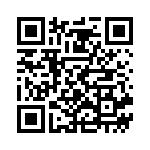