Pagina 32
In short , taste as well as fancy , has a very extensive province , even of the most legitimate kind ; and the wildest imagination may be found there , and is , so long as it carries with it two things which may be called the poet's ...
Pagina 43
The rule of its government is expressed not only in the physical laws of nature , but in natural ethics ( in what is significantly called the Law of Nature ) , and even in natural , as opposed to revealed , religion .
Pagina 156
The measure of verse used in the chorus is of all sorts , called by the Greeks monostrophic , or rather apolelymenon , without regard had to strophe , antistrophe or epode , which were a kind of stanzas framed only for the music ... 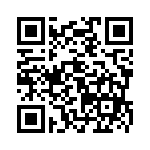