For anyone who is interested in the field largely known as 'holocaust studies', as well as in the middle-eastern conflict, this is a must read. Zertal explores aspects of Israeli nationalism and ... Volledige review lezen

Idith Zertal is an Israeli historian and essayist, the author of many books and articles on Jewish, Zionist and Israeli history. She is currently teaching at the Institute of Jewish Studies at the University of Basel, Switzerland. Her works include From Catastrophe to Power: Holocaust Survivors and the Emergence of Israel (1998), and Lords of the Land: The War over Israel's Settlements in the Occupied Territories, 1967007 (co-authored with Akiva Eldar, 2007). Israel's Holocaust and the Politics of Nationhood has been published in eight languages. 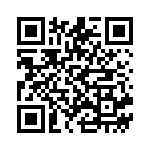