Catherine Newbury is Associate Professor of Political Science and African Studies at the University of North Carolina at Chapel Hill. 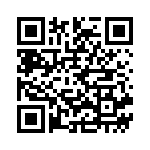