Pagina 32
Extract of a Letter from Mr . Carey to Dr . Ryland , dated , Calcutta , February 9th ,
1803 . I have been much troubled with a violent cough throughout the greatest
part of this cold season , and it is now very bad , attended with a troublesome ...
Pagina 236
But , in a few days after , as soon as a letter could reach me , I received one by
post , from my father ; upon the receipt of which I was a little surprised , and
concluded that something extraordinary must have happened , as it was but a
little ...
Pagina 384
After my return home , I wrote the following letter to the Indians . « Brothers ,
When the great good Spirit made the first man and woman , he placed them in
the garden of Eden , and commanded them to dress it . Thus we learn , that the
great ... 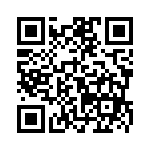