Pagina 21
expression will often be more acceptable than another within a given style . For instance , in Ch . 4 we will discuss ' The menstruation taboo ' : to refer to this as ' The period taboo ' would be inappropriate ; or , in other words ...
Pagina 43
In every language , Speaker may register a change in attitude toward Hearer - orNamed by changing the style of naming or addressing from that which s / he has been using in prior discourse , or which s / he normally uses ( see Ch . 5 ...
Pagina 123
This reaction is comparable to Hearer - or - Named's reaction when Speaker names or addresses them using forms from a contextually inappropriate style ; in fact it is motivated by precisely the same conditions , which we discuss ... 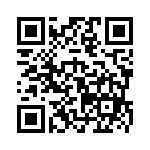