Johann Sebastian Bach (1685–1750) was a prolific German composer and organist whose sacred and secular works for choir, orchestra, and solo instruments exemplify the heart and soul of the Baroque period. A revival of interest in his music and its performance began early in the 19th century and continues to this day. He now ranks among the greatest composers in the Western tradition. 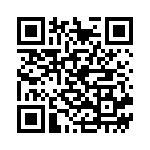