Jonathan Allen is a New York Times best selling author and an award winning political journalist. He was started out as the Washington bureau chief for Bloomberg News and the White House bureau chief for Politico. He is a winner of the Everett McKinley Dirksen Award for reporting on Congress and the Sandy Hume Memorial Award for excellence in political journalism. He is a graduate of the University of Maryland and lives on Capitol Hill. Shattered: Inside Hillary Clinton's Doomed Campaign, his second book with Amie Parnes, debuted on The New York Times Best Seller List just like their first book - HRC: State Secrets and the Rebirth of Hillary Clinton. 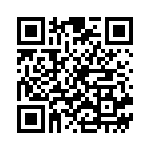