Philip Goldberg was born in Brooklyn and now makes his home in Los Angeles. After receiving a BA in Psychology from the City University of New York, he did graduate studies at the New School for Social Research and was a teaching associate at Northeastern University.He has authored or coauthored 16 nonfiction books, including The Intuitive Edge, which has been called the definitive book on intuition, Executive Health, Making Peace with Your Past, the best-selling Get Out of Your Own Way, and Making Peace with God, about overcoming the psychospiritual obstacles to intimacy with the Divine. His work has been featured in leading magazines and newspapers, including The Los Angeles Times, Prevention, Cosmopolitan, and Ladies' Home Journal. He also writes fiction and screenplays; his novel, This is Next Year, published in 1992, is now in development as a feature film. Over the years, Phil has lectured widely on topics related to spirituality, health, and human development, and has appeared on numerous television and radio shows, including The Today Show. He founded Spiritual Wellness Associates Network (SWAN), which is dedicated to helping individuals create healthy, vital spiritual lives. He maintains a spiritual counseling practice in Los Angeles and he teaches meditation and a variety of mind-body practices geared to each client's developmental needs. 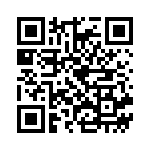