Pagina 170
James E. Doan Early Celtic , Irish and Mediterranean Connections Before beginning a discussion of early Irish / Mediterranean connections , I wish to discuss some early Celtic connections with Italy , including Sardinia .
Pagina 179
Michael Ryan , “ The Early Medieval Celts , " in Moscati , ed . , The Celts , 623 . 16 S. P. O'Riordain , “ The Excavation of a Large Earthen Ring - Fort at Garranes , Co. Cork , ” Proceedings of the Royal Irish Academy , 47 , 1942 ...
Pagina 312
His early childhood is described in a series of economical vignettes in “ Autobiography " : In my childhood trees were green And there was plenty to be seen . Come back early or never come . My father made the walls resound , He wore ... 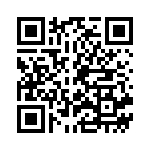