Pagina 56
But then , as we have seen , reason at any level , according to Raphael , does not discard fancy but depends upon it , and cognition without imagination , according to the Reason of Church - Government , is not possible in this life ...
Pagina 186
Since " thought , " according to Aristotelian psychology , " is held to comprise imagination and judgement , " thought without judgment , what Eve calls " unexperienc't thought , " means uninformed imagination .
Pagina 234
doth thee require , / To shew it to this knight , according his desire " ( I.x.50 ) . Now the way that Contemplation sees and the place from which he sees both suggest an affinity , if not identity , with what we have been calling the ... 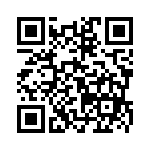