Timothy Scott Brown is Professor of History at Northeastern University and the author of West Germany and the Global Sixties: The Anti-Authoritarian Revolt, 1962–1978 (Cambridge 2013, 2015). He is the co-editor (with Andrew Lison) of The Global Sixties in Sound and Vision: Media, Counterculture, Revolt (Palgrave 2014), and (with Lorena Anton) of Between the Avant-Garde and the Everyday: Subversive Politics in Europe from 1957 to the Present (Berghahn 2011). 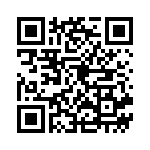