Ross Hamilton is Assistant Professor of English and Comparative Literature at Barnard College, where he specializes in eighteenth-century and romantic literature. His book, The Shock of Experience: A Literary History of Accident, is forthcoming. 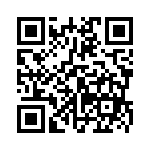