Robert T. Mann, a former reporter and political writer for the Shreveport Journal and the Monroe News-Star, is the author of A Grand Delusion: America's Descent into Vietnam (pub 2/2001), The Walls of Jericho: Lyndon Johnson, Hubert Humphrey, Richard Russell and the Struggle for Civil Rights, and Legacy to Power, a biography of Senator Russell Long. He is currently state director to U.S. Senator John Breaux of Louisiana; in the past he has served as Breaux's press secretary in Louisiana and Washington. He has served as press secretary to Senator Long and to the 1990 re-election campaign of U.S. Senator J. Bennett Johnston and communications director for the Louisiana Democratic Party. Mann is a past president of the U.S. Senate Press Secretaries Association and has lectured widely on congressional history and public affairs. 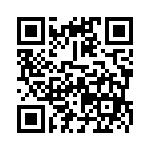