Jeffrey K. Tulis teaches in the Department of Government at the University of Texas at Austin. His books include Legacies of Losing in American Politics. Russell Muirhead is the Robert Clements Professor of Democracy and Politics at Dartmouth College. 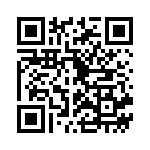