Pagina 43
of a servant - she could be among If only I had known my grand- a flock of birds , belabouring them father . If only I had seen them with the garden broom , before they together , seen the pattern of life had raised their heads from ...
Pagina 222
... journey included Americans , Australians , which led to the first tracing of the Canadians , New Zealanders , Belcourse of the Congo River , as the gians , French , Nepalese , Fijians Zaďre was then known , to the and a Dane .
Pagina 533
By 1763 the Trinity Hospital role before being put into grave- Garden ( as the original Physic yards , or acquired it by virtue of the Garden became known ) , requiring company it kept , is not certain . more space , had to be shifted ... 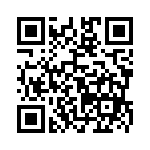