Leonard S. Marcus is a historian, biographer, and critic whose many books include Margaret Wise Brown: Awakened by the Moon; Dear Genius: The Letters of Ursula Nordstrom; and Storied City. In addition, he has been Parenting magazine's children's book reviewer since 1987. This is his first picture book. He lives in Brooklyn, New York, with his wife, Amy Schwartz, and their son, Jacob. 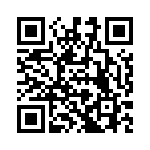