When I picked up this book I was expecting a lot of "this is exactly what the Gospel says" and I didn't get that, which I was pleased about. What I found was a very entertaining and thought provoking ... Volledige review lezen

not sure how to rate this book. i liked the style that he gave the information. it was a fairly easy read. it was very clinical which is what i was wanting but to be honest i didn't completely finish ... Volledige review lezen

Bart D. Ehrman chairs the Department of Religious Studies at the University of North Carolina at Chapel Hill. One of the major public experts on early Christianity, Jesus, and the New Testament, he is very well known in his field and to a general audience through his books, including the New York Times bestseller Misquoting Jesus, Peter, Paul, and Mary Magdalene, Lost Christianities, Lost Scriptures, and Truth and Fiction in The Da Vinci Code. He has appeared on NBC's Dateline, A&E, the History Channel, CNN, and a number of nationally syndicated NPR programs, and has taped several highly popular lecture series for "The Teaching Company." 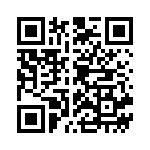