Radhouan Ben Amara is professor of French at the University of Cagliari in Italy. He also teaches English and English literature at Martini's High Institute in Cagliari. 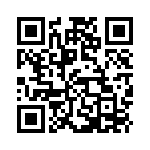