Pagina 19
... his difficulties , and in Paoli , the Corsican patriot ; but when I came to the American war , I took my part , like a child as I was ( until set I , right by my father ) on the wrong side , because it was called the English side .
Pagina 214
Finally , the task was done and I was again set upon alcoholic specimens - this time a remarkable lot of specimens representing , perhaps , twenty species of the side - swimmers or Pleuronectidae . I shall never forget the sense of ...
Pagina 225
I think that a a the sporting men in college always felt a certain affinity to themselves on one side in the freshness and manhood that distinguished him in mind , appearance , and diction . It was , by the way , in this latter course ... 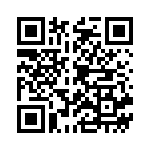