Pagina 12
Despite the lays of the Bretons , the songs of the Francs , the odes of the Arabs , accompanied by rotes , harps , and viols , it is ... the absorption of Normans , and the conquest of England , before the Song of Roland ' ' appears .
Pagina 14
song , and no other , won a way for Romance in the literature of Europe ; because northern French , by becoming the Royal language of England , attained a position which Latin , for lack of general comprehension , could no longer hold .
Pagina 17
French scholars date the composition of the song before the conquest of Jerusalem in 1099 , because it nowhere mentions that event . This , however , involves the difficulty of accounting for the mention of a valley in Cappadocia ... 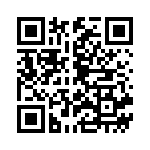