Max Haller is a leading sociological researcher on Europe and European integration. In addition to 30 articles in international journals on this topic, he has edited six volumes, including Class Structure in Europe (Armondk, NY/ London 1990), Toward a European Nation (Armonk, NY/ London 1994), and The Making of the European Union, (Berlin/ Heidelber/ New York 2001). He was a co-founder (together with D. Lane) of the European Sociological Association. 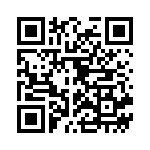