"Forcing the end" is in eschatological circles widely considered to be bad form. This book tells why. The political aspect is especially unnerving. Volledige review lezen

Paul Boyer was Merle Curti Professor of History at the University of Wisconsin-Madison. 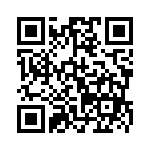