Pagina 172
Why , too , do some Liberals , nevertheless , tend to vote with the Labour Party , which is unsound , against the Conservative Party , which is sound , on the essentiality of capital ? There is surely no need for the Liberals to vote at ...
Pagina 196
A letter bad appeared in ' The Times ' from Sir William JoynsonHicks , on December 16 , stating that a large number of the Conservative Party were dissatisfied with the Coalition . He concluded thus : Unless there is , before long ...
Pagina 204
party , but in the interests of the nation ' . This is a flattering portrait of himself by himself ; but how can a Liberal Prime Minister act for no party , and yet at the same time be the Prime Minister of the Conservative Party ? 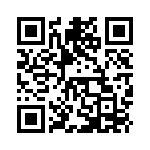