Pagina 36
teered no further statement , and early “ It's a lie , " burst out Ponder next morning
found themselves , with indignantly . some forty other unfortunates of both A quick
order was given , and the sexes , marched through the streets quivering Hsü ...
Pagina 63
Our clothes to right - turn , and marched off up the surrendered at evening ' lock -
up , ' we stairs across the yard to Haus One , stand there naked but for shirts and
where we are allotted fresh cells . manacles . A grotesque herd of human Some ...
Pagina 97
On the board was so great that Kay , our 12th , at 2 A.m. , the four left troops
Captain , could not stow us all away marched , and embarked at Tilbury at the
cuddy table , so a party of ten Fort on board the General Hewitt was formed who
used to ... 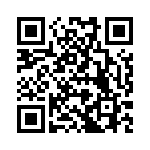