Pagina 35
Hyperion and Theia ( or Thea ) , both Titans , become the parents of three conspicuous aspects of the heavens : Helios ... Eos then mates with Astraeus ( Starry ) , a child of Crius and Eurybia , and becomes the mother of the Winds ...
Pagina 54
Deucalion , son of Prometheus , and Pyrrha , daughter of Epimetheus , repopulate the earth by magical means ; they cast stones over their heads . Those cast by Deucalion become men ; those by Pyrrha , women .
Pagina 122
... and the son of Cronus lays great trouble upon the people , famine and plague together , so that the men perish away , and their women do not bear children , and their houses become few , through the contriving of Olympian Zeus . 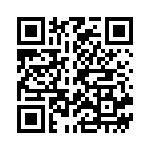