Rolling away the stone: Mary Baker Eddy's challenge to materialism

Gottschalk, an independent historian and author of The Emergence of Christian Science in American Religious Life, completed this significant intellectual biography of Mary Baker Eddy before his death ... Volledige review lezen

Stephen Gottschalk (1940--2005) was an independent scholar, an authority on Christian Science thought, and a former member of the Church's Committee on Publication. His works include The Emergence of Christian Science in American Religious Life. 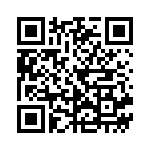