Helen Rose Ebaugh, professor, University of Houston, received her Ph.D. in sociology from Columbia University in 1975 with specialties in organizational sociology and the sociology of religion. In addition to five research monographs and two edited books, she has published numerous articles in scholarly journals, including The American Sociological Review, Social Forces, The Journal of Nonprofit and Voluntary Sector Quarterly, Sociological Analysis and The Journal for the Scientific Study of Religion. She served as president of the national Association for the Sociology of Religion, helped organize and served as the first chair of the American Sociological Association’s Section on the Sociology of Religion and is past president of the Society for the Scientific Study of Religion. Ebaugh received two consecutive research grants from the Pew Charitable Trusts to study religion and the new immigrants in the United States. With a major grant from the Lilly Endowment, she studied inter-faith coalitions and their provision of social services. She routinely teaches graduate and undergraduate courses in the sociology of religion and the study of world religions. 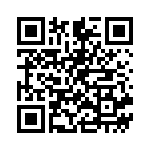