Pagina 31
The officer look of frank disbelief , he smiled , returned to the parade , and in and
admitted that it had come a very loud voice shouted , “ Dis in many pieces ,
carried by four miss ! ” But the army did not hundred coolies on a journey march
away ...
Pagina 336
... the forecastle and greasing the engine , washing slept in the foresail , at a near
the dish - cloths or scrubbing out vertical angle , until the Bannock his forecastle .
returned to London and the A sailing barge is necessarily cook was discharged ...
Pagina 335
The pilot took a He returned at the correct quick look at the ghastly sight , time on
Tuesday , and again hung and exclaiming , and exclaiming , “ We've got about for
four or five hours , just about a couple of minutes " making a bit of a habit of it ... 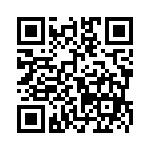