Pagina 31
Corps , Naval Wing , " and called The organisation of the themselves “ Royal
Naval Air squadrons was much the same Service . " Other distinctions as it is
today . One thing was soon followed , and , if they did peculiar . The War Office
seemed ...
Pagina 149
... and sack of peats , had arrived as wrappings to a as ill - equipped for battle as
the parcel , were three months old , White Knight . of a date when I had been And
each day , in Allasdale , I abroad , and therefore unread ; called on Donald .
Pagina 306
... and then caused he said , and turned a mahogany by falling into caverns and
holes face to his occasions . in the “ clinker ” which we What a gentle end in
declining called the countryside , or by years of service , after the noise falling
into the ... 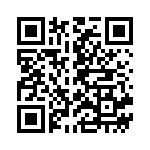