Pagina 54
JOHNSON : Learning is much decreased in England , in my remembrance . ” — MONBODDO : “ You , sir , have lived to see its decrease in England , I its extinction in Scotland . ” However , I brought him to confess that the High School of ...
Pagina 156
The first of the Scottish kings who bore the name of James , after having been eighteen years a pri soner in England , died by assassination , in presence of his wife , by the hand of his subjects . James II . , his son , was killed at ...
Pagina 270
Sir Allan Maclean bragged that Scotland had the advantage of England , by its having more water . Johnson : “ Sir , we would not have your water , to take the vile bogs which produce it . You have too much ! 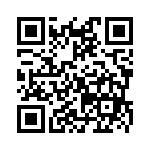