THE IDEA FACTORY: Learning to Think at MIT

An informative and entertaining report on how a Johns Hopkins graduate faced the challenge of his young life when he embarked on a master's program in engineering at one of the toughest science ... Volledige review lezen

Do you really think you are smart and it is all there is to get everything in this world? Read this book and reconsider. MIT or not, if you have ever spent a couple of years banging your head with ... Volledige review lezen

Pagina v - This book is dedicated to my mother and to the memory of my father, who showed me that work, love, and values all arise from the same source.
Komt voor in 48 boeken vanaf 1956-2006 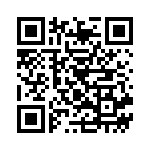